There are several way to run a Bitmark Node: services such as bitmarkd, discovery and recorderd can each be installed, based on a user’s specific interest. A user will need to configure specific settings and install dependencies before running each service. For the first-time user, a docker container with a bitmark node and miner services is the quickest and easiest way to get started.

If you prefer, you can install a Bitmark Node by hand, as detailed in the Bitmark References.

Following installation, you will be able to manipulate the Bitmark daemons directly from WebUI, a node-management web page. 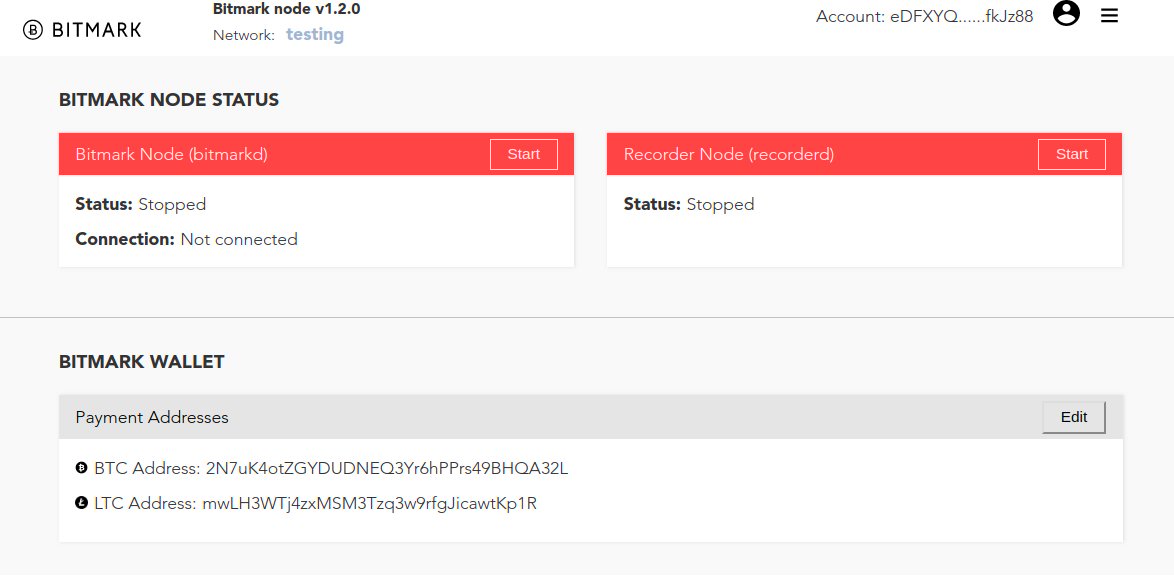 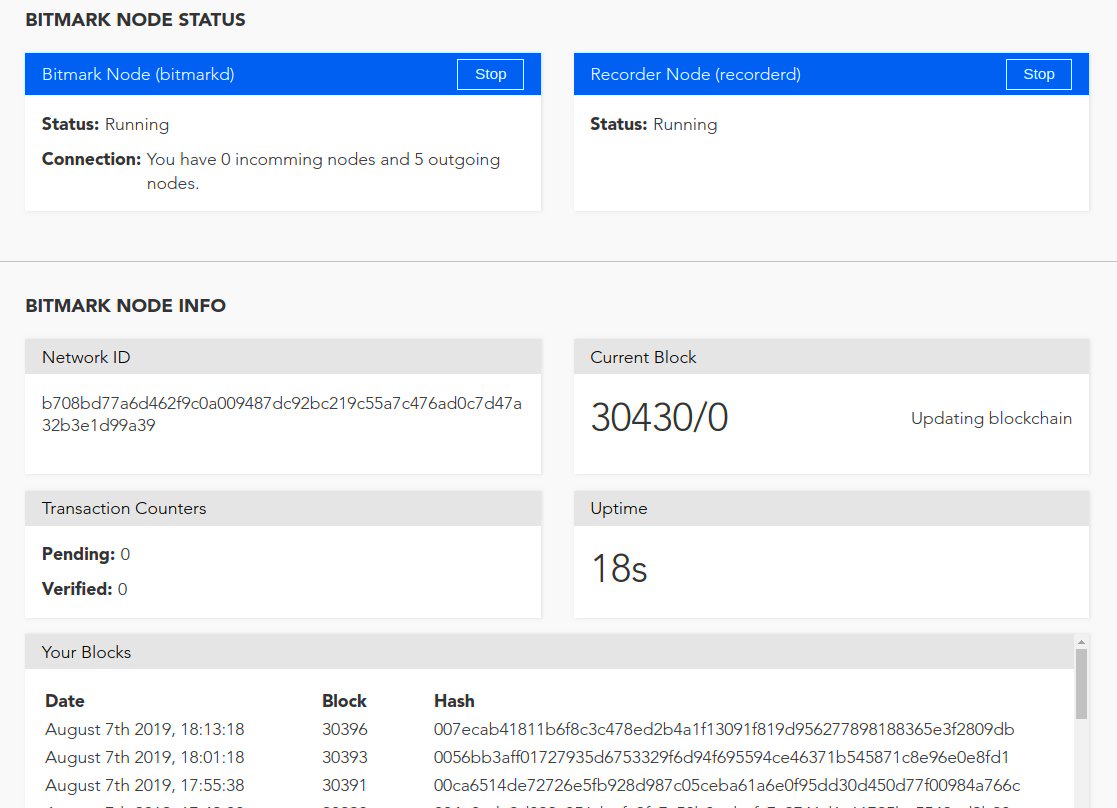 If blocks do not start to synchronize with remote Bitmark nodes within 20 minutes, check your network. Also see Important Notice On Network

For your Blockchain node to work, you must ensure that the following ports are accessible from tie Internet.

Linux and Mac users can open this port with the following command:

Windows users can use telnet to test that a port is open: